Psoriasis is generally considered an autoimmune and genetic disease. The endocannabinoid system plays a role in regulating skin cells' life. Research and patients' experience are proving CBD and THC oils and balms can reduce inflammation and slow down skin cells' growth.

Cannabinoids are anti-psoriasis agents. Under a psoriasis condition, skin cells are replaced every 3 to 5 days rather than the normal 30 days. This excessive and rapid growth of the epidermal layer of the skin generates red, itchy, and scaly patches. They may be localized or completely cover the body.

Psoriasis is generally considered an autoimmune and genetic disease triggered by environmental factors. Cold, medications, infections, traumas, body and psychological stress may play a role in starting the disease. Psoriasis is not contagious, and there is no cure for the moment. However, various treatments can control the symptoms. Psoriasis is associated with an increased risk of psoriatic arthritis, lymphomas, cardiovascular disease, Crohn's disease, and depression. Psoriatic arthritis affects up to 30% of individuals with psoriasis.

REACTIVE SYSTEMS WITHIN OUR SKIN

The underlying mechanism of psoriasis involves the immune system. As research recently found, the endocannabinoid system constantly binds with some of the messaging molecules within our immune system, thus regulating a bunch of primary physiological functions. The main role of the endocannabinoid system seems to be contributing to the control of cells’ balance, proliferation, differentiation, tolerance and death. This is valid also when it comes to skin cells and dermatology issues.

The communications channels through which endogenous, botanical or synthetic cannabinoids bind to our immune system are now beginning to be understood. These biochemical mechanisms fall into four different actions, which are cell apoptosis, inhibition of cell proliferation, suppression of cytokine production, and reduction of white blood cells. Cytokines are the main inflammatory chemical signals secreted by immune cells in case of distress, and all these actions are part of the common, yet evolving, defensive strategy which our body constantly applies. This lab-proofed mechanism confirms that the activity of the endocannabinoid system might prevent, or otherwise facilitate, the development of skin diseases and other ailments. 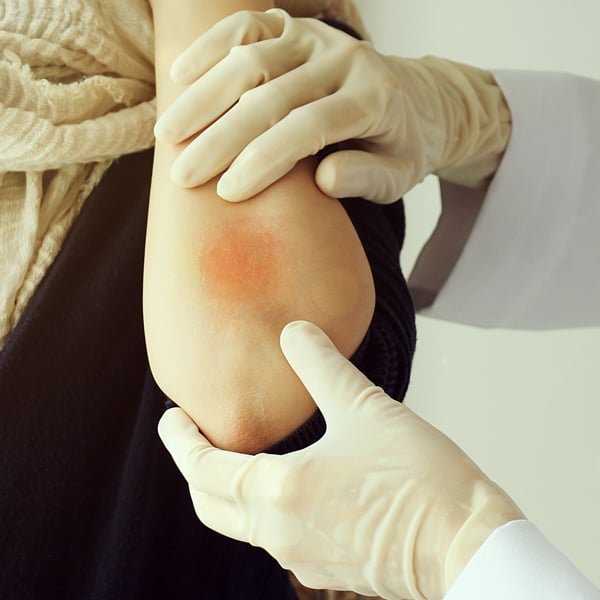 In a psoriasis condition, the inflammatory state in the dermis causes the premature maturation of skin cells, leading to pain and skin tissue breakage. Research widely proved that cannabis is a potent anti-inflammatory. Focusing on the non-psychotropic cannabinoid CBD, one 2010 review of several studies suggested, that substances, which target the endocannabinoid system’s CB2 receptor may provide treatment to inflammatory and autoimmune diseases. This finding confirms the potentiality of CBD against psoriasis, as it bindswith the CB2 receptor to exert its biochemical action on our immune system’ssignalling network.

One of the clearest scientific evidence about CBD action on the skin inflammation is titled “Cannabidiol exerts sebostatic and anti-inflammatory effects on human sebocytes”. This research proves that CBD deploys a strong anti-acne action by slowing down the abnormal lipidic production under the skin, by suppressing cell proliferation, and by preventing the “pro-acne” agents to elevate cytokine levels, thus causing inflammation.

Going forward on the research on endocannabinoids, a study titled “Epigenetic control of skin differentiation genes by phytocannabinoids” confirms that the endocannabinoid system plays a role in epidermal physiology. Our body-produced cannabinoid anandamide also regulates the expression of skin differentiation genes, while the phytocannabinoids cannabidiol (CBD) and cannabigerol (CBG) can control both cell proliferation and differentiation. This is confirmed by a study conducted in 2007 and published in the Journal of Dermatological Science. Scientists found that cannabinoids helppreventing dead skin cells buildup by inhibiting living cells proliferation. This action supports the fact that cannabis extracts could be effective compounds for the treatment of skin diseases.

HOW THE SKIN CAN BENEFIT FROM A CBD EXTRACT

Cannabinoids have shown to act both as immunosuppressive and anti-inflammatory agents in skin diseases, as much as in other immune-mediated pathologies such as multiple sclerosis, diabetes, rheumatoid arthritis, and allergic asthma. Both CBD and THC dampen the body’s immune response, which is desired for conditions related to an overactive immune system. Since there are cannabinoid receptors in cells throughout the skin, it is possible to address a dermatological condition both with systemic and topical remedies. We have to remind that the real therapeutic potential of cannabinoids is far from being exploited, and nobody is today able to translate lab results and patients’ experiences into a standardized clinical practice. CBD has a significant amount of anti-inflammatory and anti-proliferativecharacteristics that can act against the symptoms of psoriasis.

In most cases CBD balms and oils actually relief damaged skin, yet the benefits from the use of this herb are highly dependent on the quality of the extract, as much as on the patient’s particular condition. Some people saw their psoriasis vanish, others just experienced less inflammation and itching. In many cases, the CBD concentration needed to be higher for it to effectively work.

Here are the top rated and highest concentrated CBD topicals that help with psoriasis and many skin related issues. Good Luck!